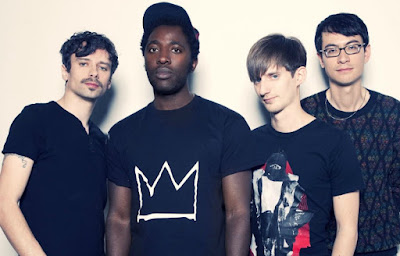 Bloc Party reveal new single 'The Love Within' and announce new album Hymns.
The track is taken from the band's fifth studio album, which is to be titled Hymns and which will be released in early 2016.
They will play their first shows in the UK with Bartle and Harris in December at the end of a full European tour, playing Manchester's Albert Hall on December 3rd and London's St John's Church on December 4th.


The band, who now consist of frontman Kele Okereke, guitarist Russell Lissack, Bartle and Harris, have been previewing new material at a number of intimate shows in the US and are expected to give UK audiences a first taste of Hymns at their December shows.
Labels: music