Wes Anderson in New York City for the first time 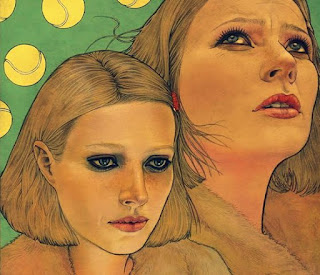 For the past five years, Spoke Art Gallery in San Francisco has organized a Wes Anderson-themed art show, and this summer, it's making its first appearance in New York City.
From August 7–9, you can see artworks by over 75 artists inspired by the auteur's cult film oeuvre at Joseph Gross Gallery in Chelsea.
"New York City is home to one of Anderson's first real successes, The Royal Tenenbaums," the event description reads. "As the exhibition enters its sixth consecutive year, it only makes sense to host it in such an exciting and diverse city."
The opening promises complimentary beverages and appearances by some of the artists, but no word on whether or not the famed director himself might make an appearance.
It's not the first film-inspired exhibition to take the Internet by storm, of course, although it's easily the hippest. Art inspired by Star Wars, Inherent Vice, and Game of Thrones have all had their moments, thanks to the convergence of pop culture and popular art. And judging by the number of potential Facebook attendees, it seems like a good way to fill a gallery—even in August.