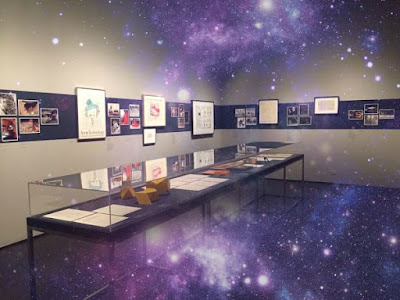 
A & T paired artists with corporations in the areas of aerospace, scientific research, and entertainment. Although some of the matches (such as James Turrell and Robert Irwin’s well-known collaboration with Garrett Corporation) did not result in completed artworks, other partnerships led to ambitious projects that were exhibited at the 1970 World Exposition in Osaka, Japan, and at LACMA in 1971.
Among the artists who realized work through A & T were Oyvind Fahlstrom, Newton Harrison, R. B. Kitaj, Rockne Krebs, Claes Oldenburg, Robert Rauschenberg, Richard Serra, Tony Smith, Andy Warhol, and Robert Whitman. This installation features photographs, correspondence, and ephemera documenting the original Art and Technology Program at LACMA.
Labels: art